We landed in Singapore 13 hours after leaving London. It had been a shocker of a flight as we occupied the two seats in the middle of four in the centre of the aircraft. We arrived early afternoon and took a taxi into the city for 25 Singapore dollars.


Glenda had booked our room at the Sovereign Park Hotel in Albert Street, a few blocks from the Bugis Street market. The room was on the fourth floor and wasn’t large but the hotel pool and gym were next to the lift and adjacent to our room so all was convenient.


We hadn’t been to Singapore since 1979 and nothing on the drive from the airport was familiar. The trees and plantings had given the city a very tropical and well ordered appearance. A long rest was in order before we headed down the road and found Fatty’s Restaurant. A restaurant with good numbers of patrons suggests a good reputation and we weren’t disappointed. The warm night air saw Glenda match me drinking beer and this continued over the three days of our stay. Indeed, with wine prices high it seemed the sensible choice.


Singapore is a great place to shop given our exchange rate so we headed off mid morning with a sensible list of essentials to purchase. 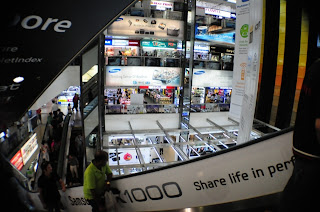 
I wanted some earphones for my ipod but a clever Chinese salesman at the entrance to a five storied computer store talked me into a new lens for my camera which I really didn’t need. Once I get the hang of it it should be useful but I still don’t know whether my final price was much of a bargain.


Some Chinese love haggling as its part of their culture but I tire of it fairly quickly, especially when the figures are done and you find yourself quibbling over cents instead of dollars. 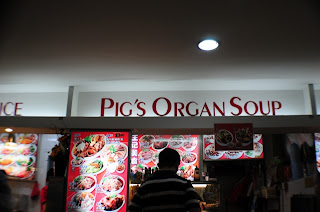 
For lunch we tried a food court in the basement near the store. There was a huge range of food options but we ended up with a conservative choice of noodles as opposed to the local stuff which seemed quite popular despite its name and the thoughts it conjured up! 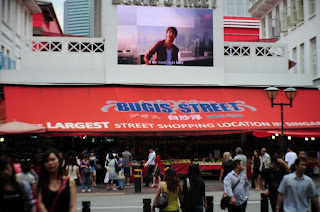 
We moved on down the road and found Bugis Street. This place advertised over 600 individual markets and a raunchy reputation that went back decades to a time before Mr Lee became President and cleaned Singapore up. Apparently he is still a politician, his son having taken over since he stepped down from the top job some years ago. 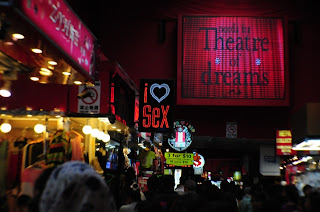 
We did have some concern about pick pockets despite the low crime rate in the place. As we walked down the endless rows of tiny stores the atmosphere of the place started to kick in. Night time would probably bring out the seedier side of life here although adult shops and the like were well presented during the day.


A monsoonal downpour began around 4 p.m. as I was about to take a swim back at the hotel. It lasted an hour after which time we walked down to Fatty’s restaurant. We chatted to a couple from Australia who come here regularly through their airline. They told us that the original guy called Fatty had died but his two sons continued the business. One was the guy everyone called “Skinny” which was a laugh. His brother was more substantially built and had been christened “Medium” by patrons.


It was my hope to catch up with a Kendo friend while we were here. Peter Ong and I met at the Saitama summer school in Japan back in 2001 and we have been Facebook friends for about a year. Initially there was no training opportunity but late morning Peter rocked up to take me to lunch with his Kendo students from Singapore Management University. 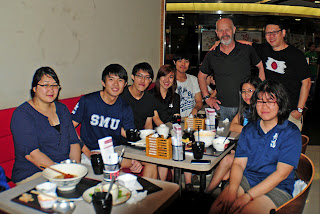 
They had training but Peter wanted the day off to take me to the Bird Park which I had visited back in 1979 before I had a real interest in birdwatching. It was great to see this very dedicated Martial Artist who had put on some bulk since I first met him.


Peter was a great host and talked with passion about Kendo and Jodo during the day. I would really like to take some of Ballarat’s students to train with his club. 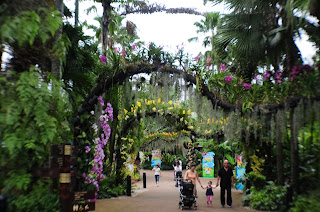 
With lunch over Peter drove me to the Bird Park. It was a public holiday (an Indian festival) so there were lots of people about. The Bird Park was very well set out and I immediately fell into trying to photograph every species I could. While captive birds don’t count on my world list there were some wild species that came in to visit. Despite that I just loved getting close to species that I may never see in their natural habitat. 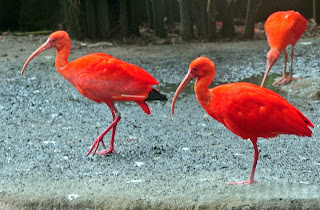 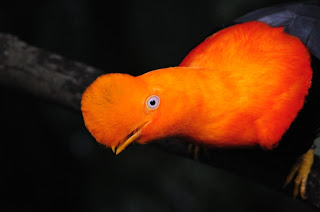 Cock of the Rock 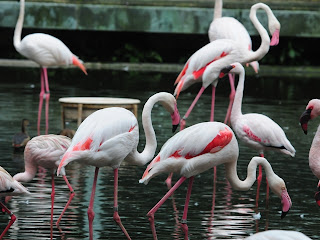 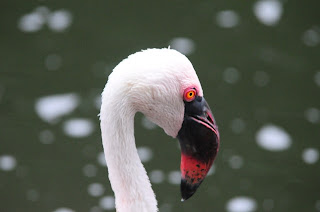 A rather evil looking bird 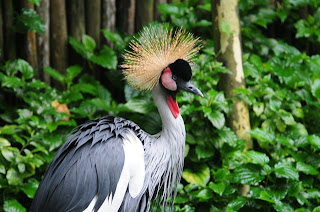 "You talking to me?"


I bade farewell to Peter and returned to Glenda fairly late in the afternoon just as the rain began. We waited it out before heading back to Fatty’s Restaurant where Skinny acknowledged our third visit and gave me his business card to show around.


The motel was happy to let us leave our luggage with them after check out time so it was time for one last venture around the town. We took a tourist bus for an hour and had the famous landmarks such as Raffles Hotel pointed out to us. By far the most impressive building was the three towers with a ship built on top to connect them.

An amazing bit of architecture & construction


We didn’t have time to have a close visit to this place but if a tsunami was to hit it might be a useful refuge!


Another monsoonal storm hit us around 4 p.m. when we were a few blocks from the motel. We tried waiting it out but bought an umbrella (our third for the trip) and headed back. By the time we reached our luggage we were drenched from the knees down and on one side each. That said the relief from the heat was good. I gave the umbrella to the motel concierge and we headed to the airport in a taxi.


It was a long wait for the departure but we amused ourselves in the airport waiting area. The plane was full but we managed a window seat. A Scottish lady sitting next to me made me lament on how little we had seen during our time away. True we’d covered a lot of places and discovered much more off the beaten track but on reflection I would have enjoyed talking to more of the locals than we did. That, apart from the locations we didn’t see, is a good reason to return!
Posted by golivers travels at 6:05 PM